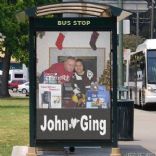 A nice flavorful slow cooker meal that is enjoyed by my family.Submitted by JO11YMON

This is one of my family's favorite meals.Submitted by METISMOM

A favorite breakfast food with my kids. Lower in calories than regular pancakes, and more filling because of all the eggs. Serve with German Pancake Syrup (I've added this too)Submitted by DIMPLEGIRL3

This Italian green bean recipe is my favorite way to eat green beans. It's incredibly simple and delicious!Submitted by VRAKLIS

This is one type of Lumpia (Tagalog for Eggroll-it's a Filipino Eggroll). I prefer using Ground Beef and Ground Pork but you can use the Ground Chicken or Ground Turkey along with the Pork also. I DO NOT COOK MY MEAT AND VEGGIES I prefer to mix them together in a bowl with the seasonings and then roll them in the Lumpia to a somewhat small size then deep fry them. They are more flavorful that way. You can cook it if you want to but it may not come out as well. I also prefer to use Chinese Yard Long Pole Beans cut into small diagonal pieces instead of regular Green Beans. I also use MSG in some of my cooking or otherwise known as Accent. It does help to bring flavors out in your cooking, but, this is optional for anyone else but me. I do not use regular Egg Roll Wraps. I prefer to use Lumpia Wraps(o'tasty spring roll wraps is the commercial name for them in the stores) which are larger and come in crepe thin slices. I also prefer to seal my wrappers with raw egg. It comes out better that way but you can use water-flour paste also. I also prefer to cut my veggies into tiny matchstick pieces. It's better that way in the Lumpia but you can do it anyway you want. For a dipping sauce you can use the Lumpia Sauce recipe below but in mine I turn it into a Sweet and Sour Sauce by making Annatto Water and adding 1/3 cup to the recipe instead of water, and 1/4 c crushed pineapples in juice. You can also mix in bits of bell pepper if you like. This is the Annatto Water recipe aka Achiote Water also: In a small heavy saucepan, heat the water over medium heat. Add the annatto seeds and cook, stirring constantly, until the water becomes a rich, orange-red color, about 5 minutes. Remove from the heat and allow to cool. Strain the water into a jar, discarding the seeds, and keep covered in the refrigerator. You can do the same thing using Oil to make Annatto Oil. I also prefer to use just the soy sauce and about 1/4 vinegar mixed with fresh, not cooked, garlic and onion diced up and crushed with a bit of black pepper or chili peppers crushed in as a dipping sauce. I also like to use 1/4 Fish Sauce(Patis) mixed with 1/2 Lemon or Lime Juice for dipping also.

This taste just like the burbon chicken you get at mall food courts...but much healthierSubmitted by CHRISTEN83 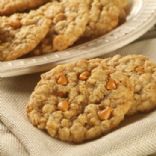 The two ingredients which make these extraordinary cookies special are oats and butterscotch chips. These will disappear from your cookie jar in no time. Enjoy!Submitted by FOREVERCHANGED2

This is a delicious crust-less pumpkin pie. This recipe was used while I belonged to Weight Watchers - I have found many variations of this "classic" Weight Watchers recipe. This dish is 2 WW points per serving.

I used double the pumpkin to Cool Whip ratio as many versions, making it more filling, higher fiber and lower sugar than usual. The Cool Whip Free adds plenty of sweetness, so when I make it at home, I do not add any other sweetener.

Used canned pumpkin, not canned pumpkin pie mix. Some groceries, even major chains, only carry the pumpkin pie mix. You can easily use canned sweet potatoes or other squashes. I have not tested this recipe with fresh cooked squash or sweet potatoes. For whipped topping and puddings, I have found using generic brands to result in a dessert with less flavor. Using standard vanilla will result in trace amounts of alcohol. To avoid this, use glycerin-based extract.

This dessert is also tasty in graham or other pie crust, or served with graham crackers.

I prefer to put it in the freezer to set. It is very good if you freeze it solid and thaw it just enough to stir it to a smooth consistency. You can also refrigerate it.

a fun twist on meatloaf...using a muffin pan. My kids love this one!Submitted by LOVINGLEEMADE