This is just something I cook for hubby and I that I know is very low fat and healthy.


This is just my morning oatmeal


This is a very easy to make low-fat/low-calorie way to do chili. It will definitely warm your belly on those chilly Autumn days. 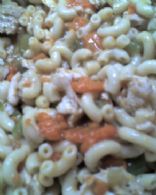 
This soup is a low-fat, low-calorie dish. A good belly warmer on those chilly autumn evenings. 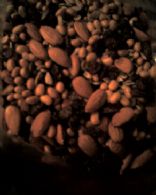 
This is delicious! Instead of buying the expensive stuff at the store, I went to a health food store and mixed my own.


This is just something I came up with so hubby and I could have some white gravy on toast for breakfast. Not quite the same but not bad either!

Usually white flour gravy is made with flour added to fattening bacon or sausage grease. When this is thick and a little brown, you season and add a ton of whole milk and cook until thick and creamy. lol. And that doesn't even include the sausage that most people cook in it!

This is an alternative, and no, it doesn't taste as yummy but it's not too shabby.


Looking for a low calorie way to cook pasta? You've found it here. This dish is tangy and has a little bit of a kick.


This is a great way to get a lot of veggies and meat into one meal! Wonderful Autumn dinner. I actually have a little salsa on top. Would probably be great with a small amount of cheese or light sour cream.

This is the kind of food Grandma and mama had growing up. It's a good way to feed a large family or it's great reheated.

LEVITE_PRINCESS currently has no rated recipes.