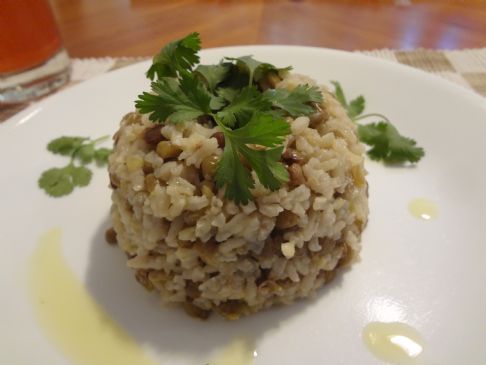 For 10 portions use the following amounts:

Place rice in a bowl with hot water and reserve. Slice the onions in strips. In a large thick skillet or small pan fry the onions in the olive oil until a little transparent.

Add the water, lentils and salt and let it cook until lentils are half way cooked.
​
Drain the lentils and reserve 3 1/2 cups of the juice for later. Drain the rice and mix with half cooked lentils and onions.

Return the juice from the lentils to the pan and let it cook in low heat until the water evaporates and rice is cooked.