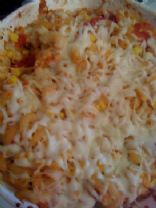 
A delicious vegan meatloaf that even meat lovers will love! 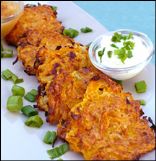 
You don't have to celebrate Hanukkah to appreciate these INSANELY fantastic no-guilt faux-tato pancakes. Try 'em and see.


Deliciously sweet and spicy, each foil packet is like your own, personal present of deliciousness waiting to be devoured! 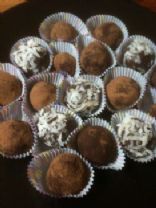 
Decadent champagne truffles perfect for any special occasion, but with the added bonus of being cruelty-free.
Note that these are not low in calories, fat, or anything else really. But for the (very) occasional treat, they are impressive.


This quick, easy and festive breakfast is hearty enough to keep you going.


A fabulous side dish for the Holidays.


A DELICIOUS SPECIAL OCCASION CHEESE-BALL THAT HAS BEEN IN MY FAMILY FOR OVER 30 YEARS! I KNOW THAT THE WAY I HAVE IT (ADD FAT-FREE CREAM CHEESE)IS NOT A LOW-FAT OPTION BUT WITH SELF CONTROL AND LIMITED USE OF THIS RECIPE IT IS NICE TO HAVE FOR SPECIAL OCCASIONS.


Easy Soup Loaded with Vitamin A


This is much healthier and better tasting than frozen already made Lasagna.


Now this is the kind of school I like! I wrote this healthy, fast vegetarian recipe for my Supervision class' assignment on recipe development and quality control - this thing's been tested 6 times!

The serving size of 8 is *very* generous - this makes a ton of food and is a whole meal in a bowl!


I wanted to try recreating the rich and varied flavours of cannoli in a free-form loaf... and since my mom prefers almonds over pistachios (not to mention they're WAY cheaper!) I used almond milk, ground almonds and almond extract in the dough along with a healthy dose of ricotta cheese, chocolate shot and Amaretto soaked cherries! Let the celebration begin!


Curious about the lack of potatoes in this dish? In Europe, Asia and Africa, chestnuts are often used as an everyday potato substitute, and I took that as a cue when I was writing this recipe. You will need shelled, boiled chestnuts for this recipe. Slice either a horizontal slash or a large X along the flat side before boiling. Cover with cold water, bring to a boil, and simmer for three minutes. Peel off the shell and skin with a sharp knife. As they cool, they become more difficult to peel, so keep them in hot water until you are ready to peel them!

(no ratings)
spicy shrimp with cucumber


high-tech computer industries have clustered in bangalore giving this acient and traditional town a real twenty-first century feel. Along with the wealth have come new-style restaraunts with young chefs giving a twist to traditional recipes such as this dry crunchy version of shrimp pooris.


This is a no bake healthy treat


Adapted from:
SPROUTED KITCHEN
-a tastier take on whole foods


17.1 grams of fiber per 92 calories - need I say more! great to have on hand. I freeze in little containers so I always have a satisfying thing to dunk my veggies in. Also works with roast type dinners. A little smear as a sauce works brilliantly. Simple. Lovely. Pack with nutrients that will tame that hungry beast.


Inspired by the Flying Apron's cookbook for GF, vegan delicacies! I like serving hearty portions over soft polenta or brown rice.


Sweet and tangy, with a definite tropical twist! If you like the combination of strawberries and kiwi, this is for you.